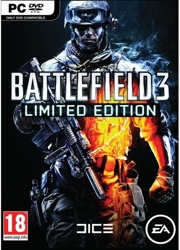 In Battlefield 3, players find themselves in the role of a member of an elite unit of the U.S. Marines and experience the adrenaline missions in vario...

In Battlefield 3, players find themselves in the role of a member of an elite unit of the U.S. Marines and experience the adrenaline missions in various places such as Paris, Tehran and New York. Battlefield operates in a more realistic way and allows a much higher level of interaction.

Battlefield 3 thanks to the power of the new Frostbite 2 engine by the DICE studio stands out above all because of the high quality of the graphics, effects of destruction, dynamic audio and character animation managed by technology ANT.

Expansion pack Battlefield 3: Back to Karkand, which includes a quartet of legendary maps from Battlefield 2 modified into a new form - Strike at Karkand, Gulf of Oman, Sharqi Peninsula and Wake Island, Battlefield 2 weapons and vehicles, unique rewards, new achievements and more. 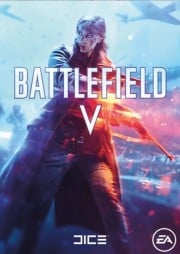