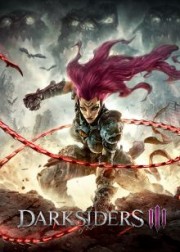 Go back to the Apocalypse on Earth in the third sequel of the popular Darksiders III. In this hack'n'slash action adventure, you take over the...

Go back to the Apocalypse on Earth in the third sequel of the popular Darksiders III. In this hack'n'slash action adventure, you take over the Fury and you have to conquer and eliminate the Seven Deadly Sins. Success is necessary to balance the forces on the dismantled Earth. The story of the third part will be played in parallel with the Darksiders 2 action. Fury, compared to his brother Vojny and Death, prefers the struggle with elegance. Fury is not a furious warrior, her fighting mind is thoughtful because she prefers cold weapons of magic and whip. From the death row, Fury is the most powerful, and her brothers have to be careful when they get angry. Magic and whip Fury bring new gameplay. The combination of magic, which has a different shape and a hand with a whip, makes it a unique gameplay. Magic can be used for various purposes, for example. whip, which may not serve as a weapon itself, but can be used to help reach places where the Fury would not otherwise have. 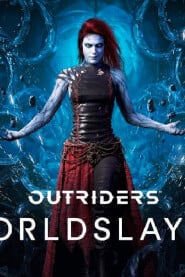