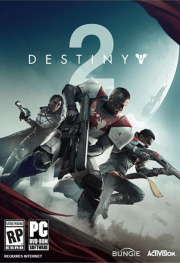 The last refuge of humanity fell under the onslaught of a huge invasion of the army led by Ghaulem, the impressive commander of the brutal Red Legion....

In the besieged city of Neptune, find strength in your fellow Rangers as th... 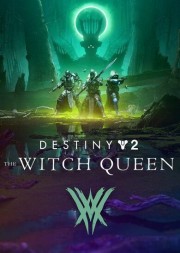 Immerse yourself in Savathûn's throne world to uncover the secret of ho...

The new ship was born from an ancient pyramid ship above the frozen border...

In the enlargement, we look back to the Moon, where a brand new threat has...

The last refuge of humanity fell under the onslaught of a huge invasion of the army led by Ghaulem, the impressive commander of the brutal Red Legion. He prepared the City Guards for strength, and everyone who survived forced him to flee. You go into the mysterious, unexplored worlds of our solar system and discover a new arsenal of weapons and new devastating fighting skills. In order to defeat the Red Legion and be able to stand up to Ghaul, you must unite the heroes, stand up together and fight back home. Walk through the solar system and immerse yourself in a new epic film campaign. Connect with friends for cooperative activities of three or six players. Measure strength with your teammates in a variety of competitive multiplayer modes.

Shadow Warrior 3 takes an unconventional first-person shooter to the next l...