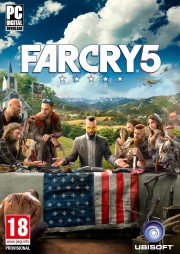 In the latest sequel to the Far Cry series, you become a sheriff's deputy from Hope County, Montana. The poorest place suffers from a lot of problems,... 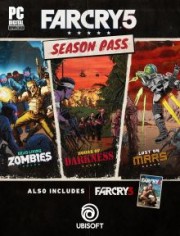 In the latest sequel to the Far Cry series, you become a sheriff's deputy from Hope County, Montana. The poorest place suffers from a lot of problems, the biggest problem is caused by the religious sect of Eden's Gate to the Seed clan. Preacher Joseph Seed prophesies the early end of the world, and his militant adherents do not hesitate to terrorize their surroundings for their salvation. The open world of the rural northwest of the United States has so far been the largest map you can cross over, by means of transport, and by airplanes. The fieldwork of the investigator includes visits to the districts of distant settlements, villages and towns. Government officials do not trust those who refuse fanatical beliefs, and sectarians consider you the number one target. Entities adapt tactics to your actions, and any confrontation with sympathetic sects should be a little different. In addition to the best friend of a man, you can help to join fellow soldiers, such as the owner of the bar or the pastor.

Shadow Warrior 3 takes an unconventional first-person shooter to the next l...