The PIRATE WARRIORS series has successfully combined the popular anime ONE PIECE with the exciting action of the WARRIORS series and created a worldwide phenomenon selling more than four million copies! Based on the concept of fighting with hordes of enemies in an adventure with trusted allies, you will experience the amazing ONE PIECE action right from the anime! ONE PIECE: PIRATE WARRIORS 4 is the latest development of PIRATE WARRIORS! Based on the concept of experiencing a real ONE PIECE battlefield, buildings will collapse during the action, and attacks will cause smoke and dust and get you into the ONE PIECE world! Adding new elements that could not be achieved in previous works has now achieved a more exciting action. 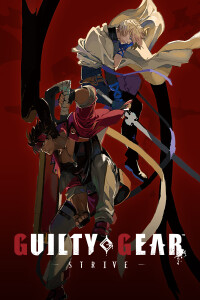 The battle for justice continues in My Hero One 's Justice 2, but this...

ONE PUNCH MAN: A HERO NOBODY KNOWS (PC) key

Immerse yourself in a dynamic fighting gaming experience with beloved chara...

After heroes from the Japanese era battling the Chinese era of the three ki...