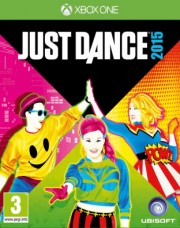 In the latest Just Dance 2015 you will be able to remix content and community-shoot themselves how to dance to the songs of such artists like Ellie Go...

In the latest Just Dance 2015 you will be able to remix content and community-shoot themselves how to dance to the songs of such artists like Ellie Goulding, Pharrell Williams and Calvin Harris and share it within the game to others. Community then chooses favorites and form a team. He subsequently remixed gameplay and gameplay so the game will leave a clear trail for millions of other players. Among the most popular accessories include a multiplayer mode World Dance Floor, video sequences Autodance creation and expansion of Karaoke. In more than 40 songs something for everyone:

"Holding Out for a Hero" by Bonnie Tyler

"Only You (and You Alone)" by The Platters

"The Fox" by Ylvis

"I Love It" by Icona Pop Ft. Charli XCX "Burn" by Ellie Goulding

"Love Me Again" by John Newman "Tetris" by Dancing Bros.

AereA is a music action RPG where you play behind a knight, a deadly archer...

The best-selling dance game for Kinect is back and with new features, inclu... 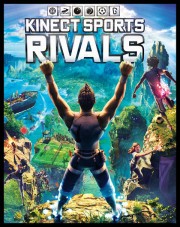 Become a champion and take advantage of the potential of the Xbox One that...